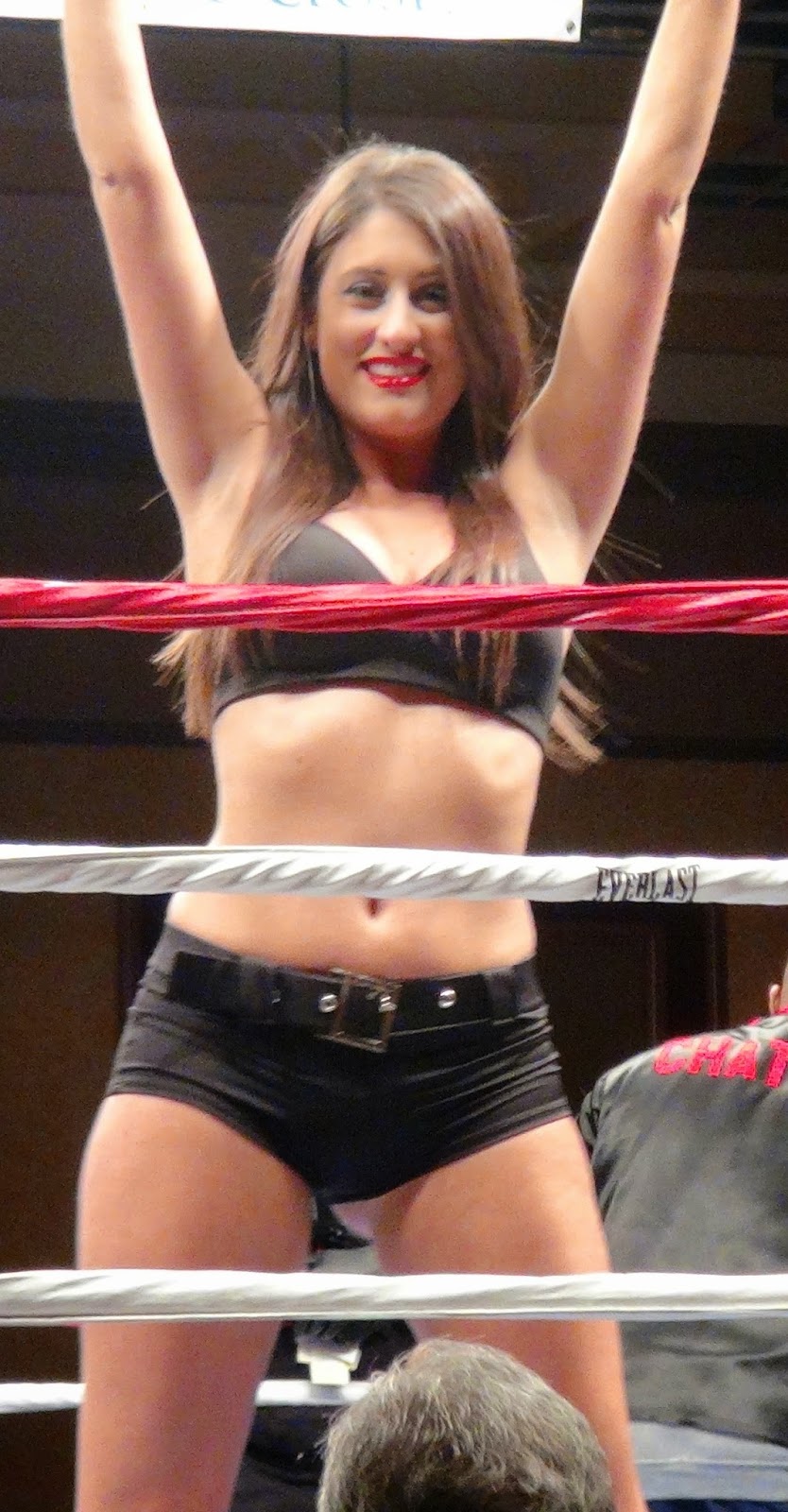 (Tweets were collected and edited slightly to make more grammatical)

We'll be in RI tonight, live-tweeting from ringside... Chris Chatman versus Grady Brewer plus 5 other bouts http://fb.me/1FE1PUapv

Bout one from is coming up. Follow along @KOFantasyBoxing for all the ringside action. 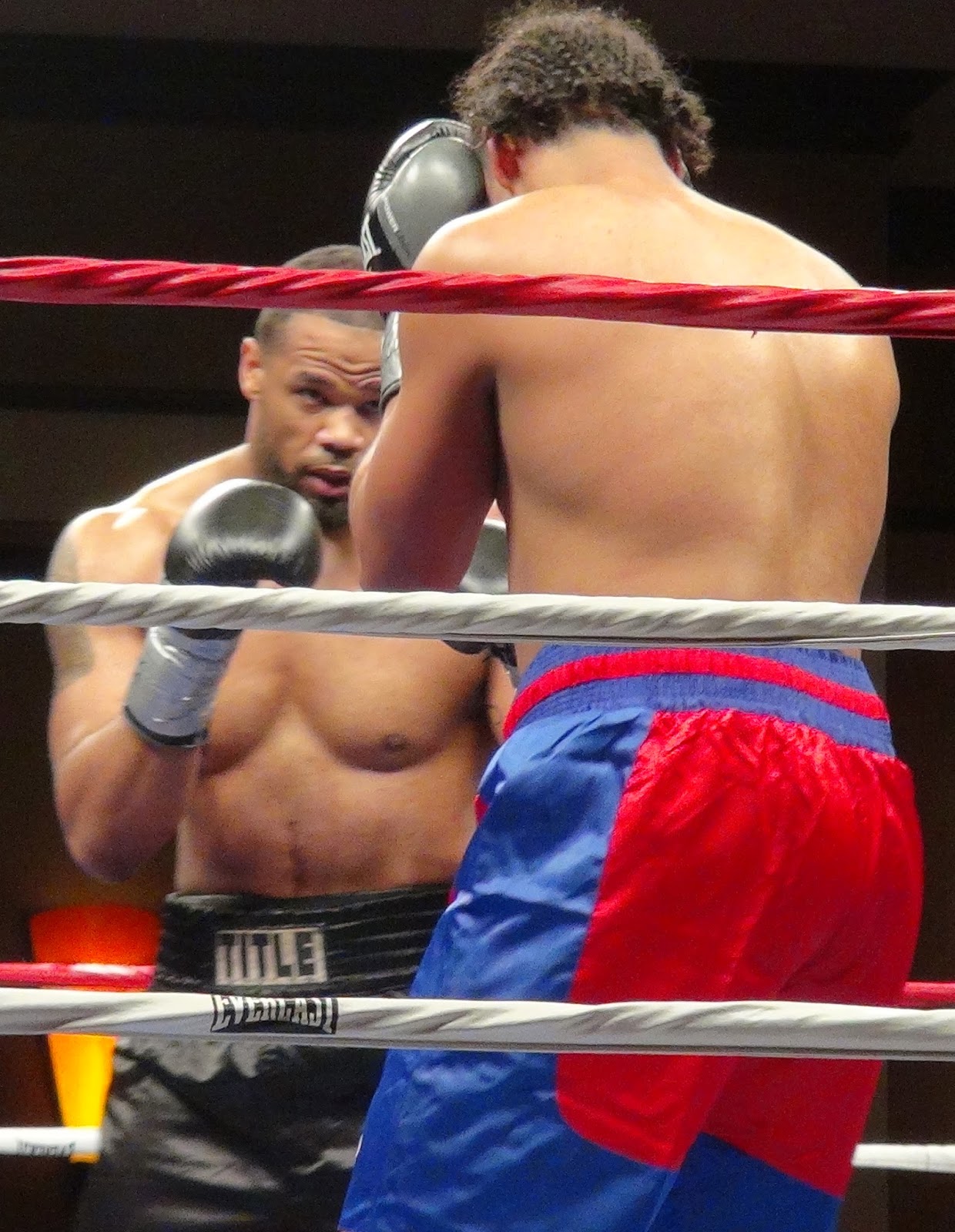 Bout 1, heavies, Glenn Thomas of East Stroudsburg, PA, versus Jesse Barboza of Hyannis, MA, 4 rounds.
A mostly ponderous first round sees Barboza landing with a solid jab and a heavy left hook in 1st half round; then lots of clutching.
In the second Glenn Thomas lands a big right hand of his own which draws ooohs & aahhs from the crowd, Baboza has bloodi Glenn Thomas’ nose with the jab.
Barboza outweighs Thomas by almost 20 pounds & he's trying to use it in the 3rd, putting his body on Thomas in the corners, muscling him.
For about a minute in round 2 Thomas was able to give Barboza some movement but Barboza has walk & worn him down.
How Glenn Thomas just remain on his feet after Barboza slamm a head-spinning left hook against his jaw is a real mystery. #DecentChin
Waiting on the scorecards now, which are likely to be Unanimous. Although clearly skill, Thomas didn't win a round.
As expect, Jesse Barboza wins a Unanimous 4 round decision with 3 scores of 4 rounds to none over Glenn Thomas 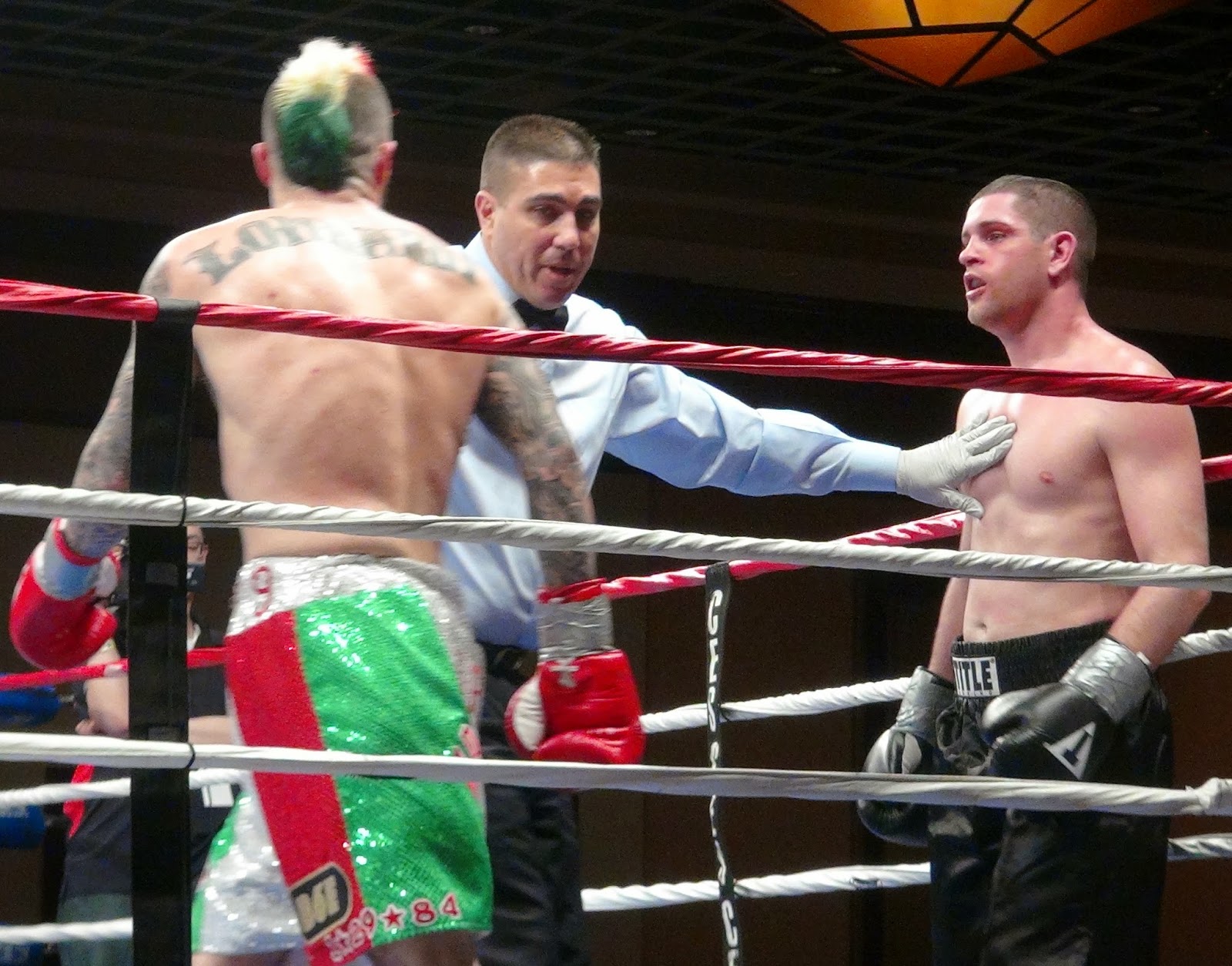 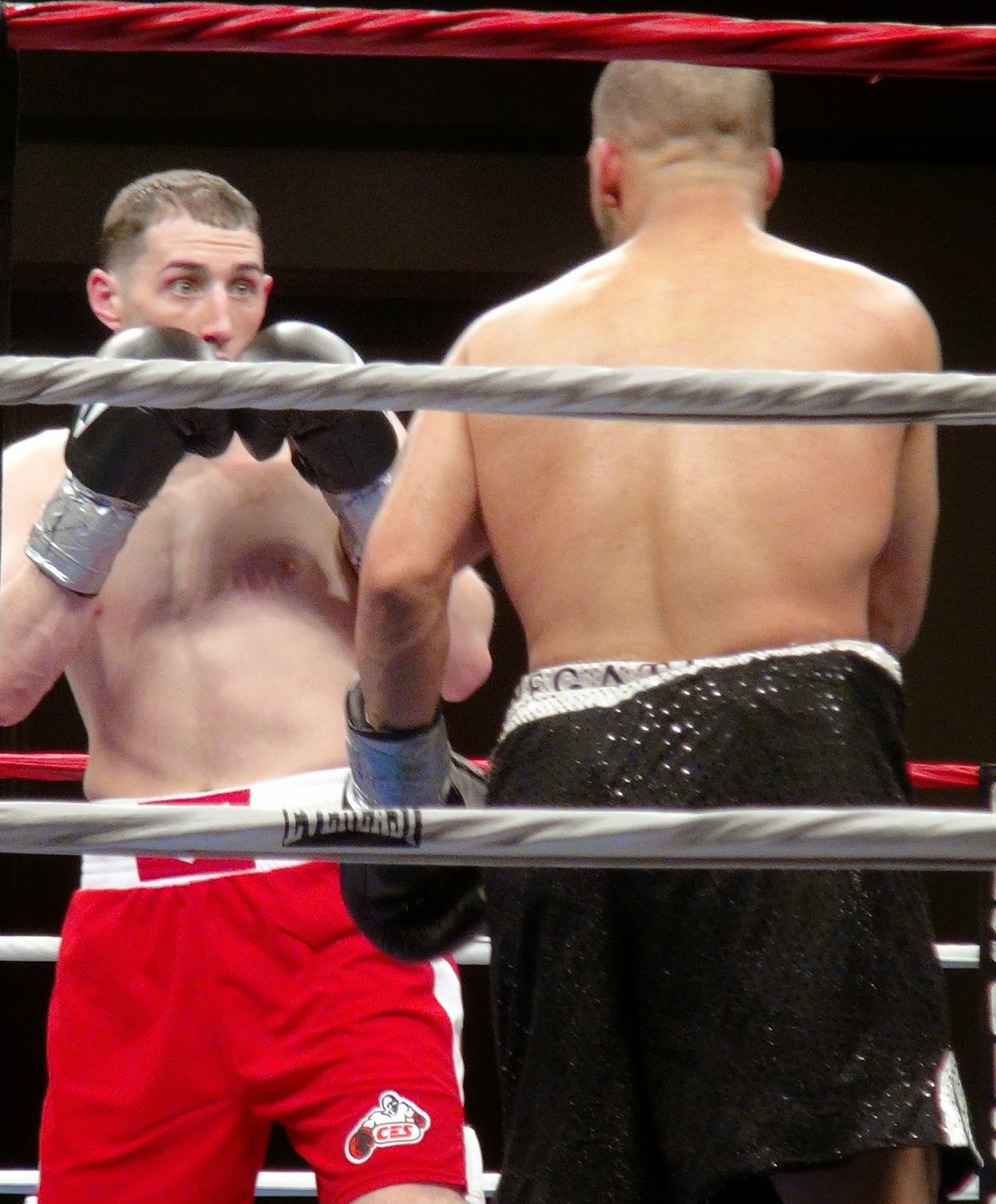 A mostly uneventful first round, both guys pawing at each other, looking at each other’s reactions.
Very nice body work being done in round 2 by Nick Delomba, he looks to be in complete control.
Delomba getting some good work done here, landing combinations. Beeman looks exhaust at the bell to end 3rd.
They smile at each other at the final bell. This should have been a very easy one to score as well. Four rounds to none Nick Delomba imo(in my opinion).
All 3 judges see it 40-36 for Nick Delomba, the winner by Unanimous Decision and he improves to 3-0 while Josh Beeman drops to 5-15-3 (2).

's own Paul Poirier was acknowlg for his noteworthy career as a bas fighter http://boxrec.com/list_bouts.php?human_id=33560&cat=boxer …

Bout 4, Lightweights, Ryan Martin of , versus Justin Robbins, of , 4 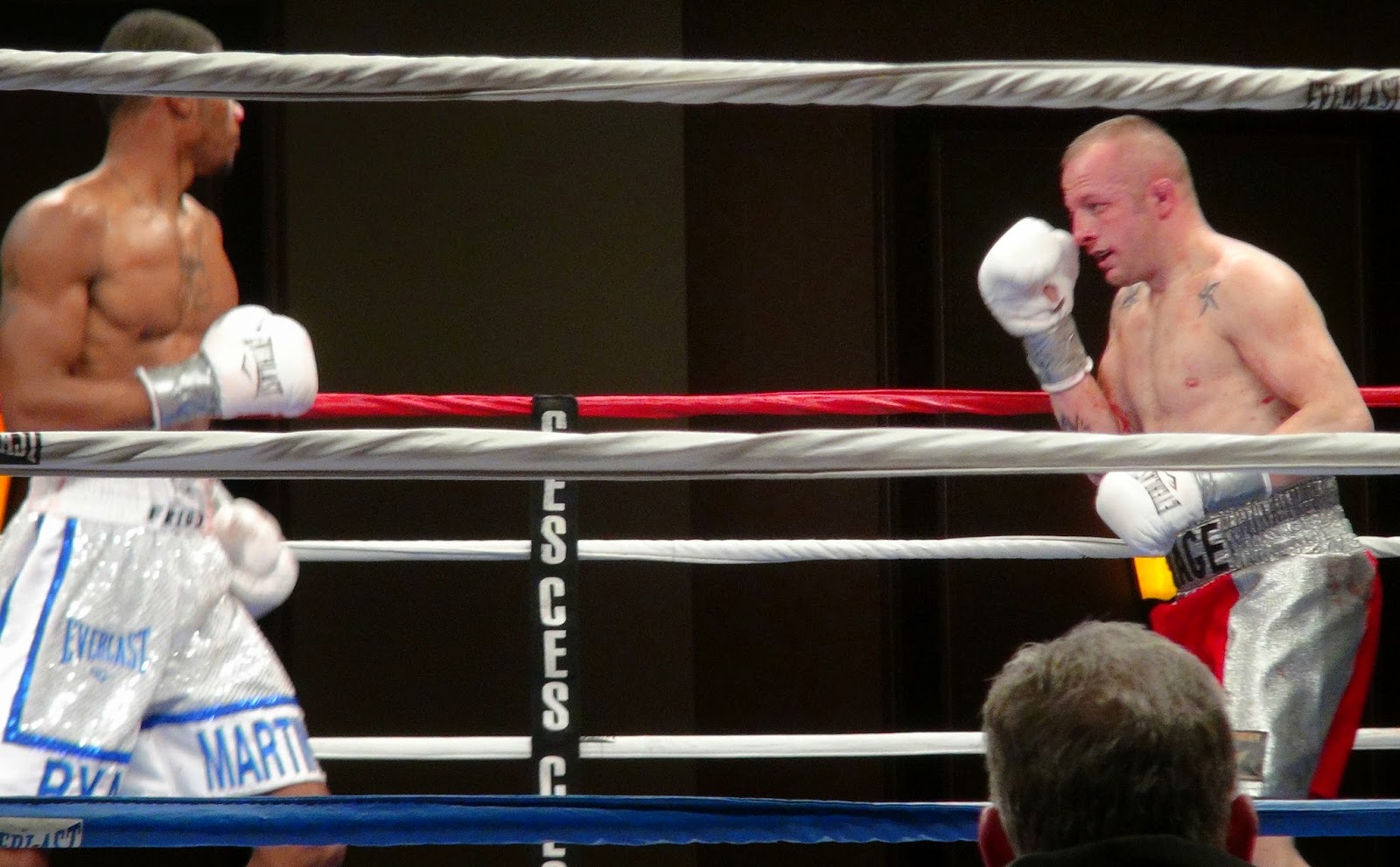 rounds.
Ryan "Blue Chip" Martin just batter and bloodi Justin Robbins for most of round 1, Robbins' nose is bleing badly; Doc taking a look before start of 2nd.
A big right hand from Ryan Martin deposits Robbins on the canvas over his own corner. Robbins beats count but Ref. Joey Lupini has seen enough.
Ryan Martin scores the 1st stoppage victory of this card, a TKO at 2:42 of round 2 over Justin Robbins; Martin improves to 4-0 (3) while Justin Robbins falls to 2-5 (1) in defeat.

Bout 5, Zack Ramsey of Springfield, MA, versus Shakha Moore of Norwalk, CT, welters, 6 rounds.
Zack Ramsey is an extremely quick and apparently talent fighter, however he consistently chooses feints over fury and bluster over bash.
Zack Ramsey is winning but lots of cries of: BORING!! from the crowd. Slick counterpunchers rarely draw crowds. #RuleNotTheException
Ramsey has a very powerful jolting right hand but he throws it one-shot-at-a-time and mugs and feints at his opponent for most of the round.
Not much to say about a very unappealing fight that Ramsey should have won easily. His style is dreadful. He just doesn't throw enough punches.
The scores are 59-55 x 2 and one of 58-56 all in favor of Zack Ramsey, now 7-0 (3), while Shakha Moore drops to 11-20-3 (2)

Bout 6, the Main Event, Chris Chatman of , , versus Grady Brewer of .
Both men are connecting with big shots, but it's Brewer who land the hard uppercut with under a minute to go that won him the 1st . 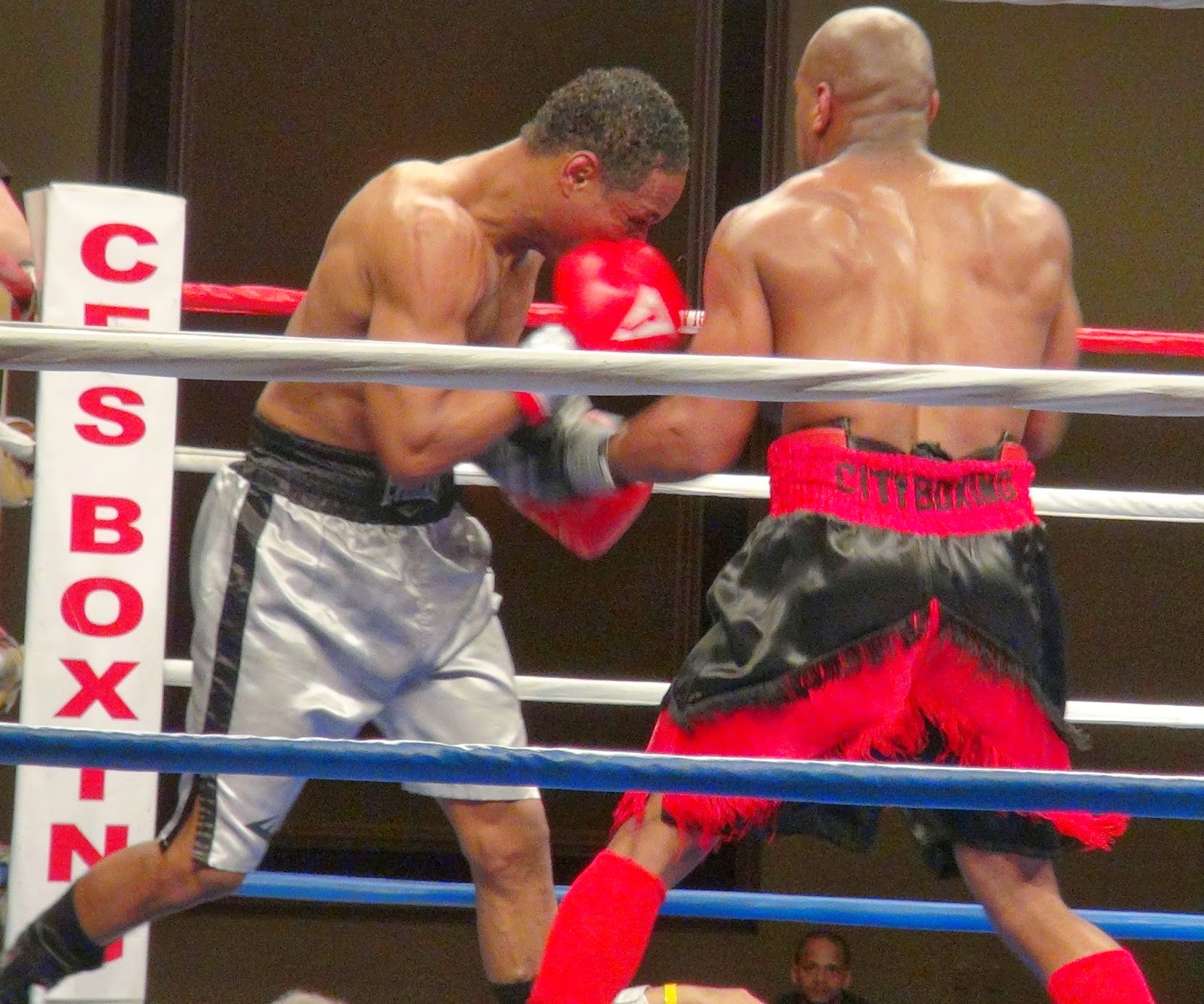 Chatman, a southpaw, is squaring up right in front of Brewer and he just swallow another hard right uppercut from the Oklahoman.
Brewer has chosen to slug with this younger foe and the effort is telling on him already, but he's won the first 2 rounds imo.
Brewer is the one pressing matters here but Chatman may have land the heavier leather in round 3; a decent scrap this.
Chatman probably even things up with a good effort in round 4, that right uppercut is still there for Brewer but he has stopp throwing it.
Brewer look to be wearing down on his way to the corner after round 5. Chris Chatman is landing more frequently now & heavier.
Grady Brewer is trying to get something start in the 6th, he's crowding Chatman & doubling the left hook, using clever movement.
The seventh was a good round for Chatman even though he got angry and spent some time complaining to Brewer about the clinching and some butting.
Brewer nes a two-point round here in the 8th to get a win on my card. I’ve got it 4-3 in rounds. Final round starting now. 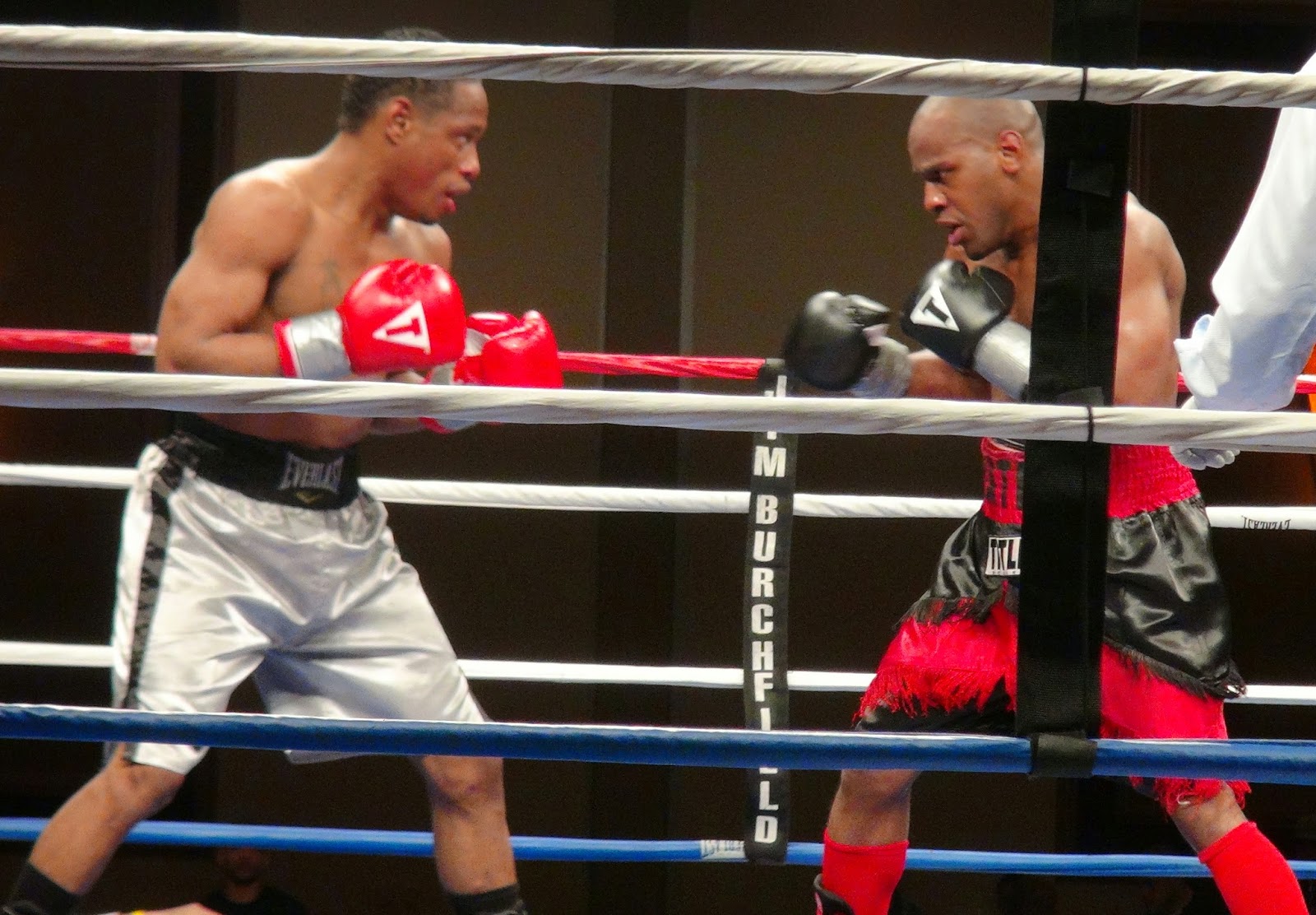 The 8th look like another solid one for Chris Chatman who should walk away with a victory here. Waiting on the cards…
The final scores in the main event were as follows: 79-73 x 2 and 80-72, far more lopsid than this observer saw it, but with same winner- Chris Chatman

That's all from , fight-fans! Thanks for following along! Your results are here http://kofantasyboxing.blogspot.com/2014/03/live-boxing-from-lincoln-rhode-island.html …

Posted by KOFantasyBoxing at 3:27 AM