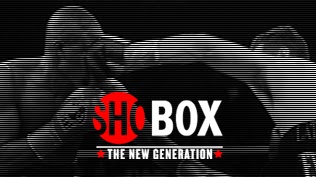 Diaz Jr, now 15-0 (12), will be making his second trip between the ropes this year, after coming off a 6 round unanimous decision win over Jose Angel Beranza in March. Tyler Asselstine, 14-1 (7), also returns to the ring after a 6 round unanimous decision victory; his over Luis Montano in December. Heavy-handed
Diaz Jr, of Palmdale, California, has the unblemished record and may have the edge in power over Asselstine, but the Toronto junior lightweight's sole defeat came via close majority decision.

Brooklyn junior middleweight Frank Galarza, 13-0-2 (9), is returning to Showtime's airwaves after a head-thumping kayo of previously unbeaten John Thompson back in January. Galarza scored another kayo win in April and hopes to increase his kayo streak to five since his draw with Jason Thompson a little over one year ago. His opponent, Sebastien Bouchard, 8-0 (2), a skilled boxer out of Quebec, is fighting for the first time this year and last saw action in November when he won a six round unanimous decision over Mohamed Sidi Silmani.

ShoBox:The Next Generation's mission has always been to highlight up & coming talent in both corners rather than just showcasing a product, and this week's offering looks to be another early glimpse at tomorrow's contenders and rising stars.

Other bouts on the card according to BoxRec.com (as of noon 5/13):


all bouts subject to change & commission approval
Posted by KOFantasyBoxing at 12:20 PM