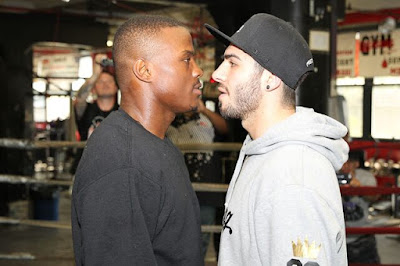 Quillin and Zerafa face-off in a 12-round middleweight showdown that headlines Premier Boxing Champions (PBC) on NBC with televised coverage beginning at 4 p.m. ET/1 p.m. PT with a super welterweight world title clash between Cornelius "K-9" Bundrage andJermall Charlo. Browne will take on former world champion Gabriel Campillo in a 10-round light heavyweight affair that may appear on the NBC portion of the broadcast, while Stark Jr. takes on Anthony Napunyi in six-rounds of super featherweight action.


Tickets for the live event, which is promoted by DiBella Entertainment, are
priced at $150, $85 and $45, not including applicable service charges and taxes, and are on sale now. Tickets are available at www.ticketmaster.com and www.foxwoods.com or by visiting the Foxwoods' Box Office. To charge by phone, call Ticketmaster at (800) 745-3000.

Here is what the fighters had to say Tuesday: 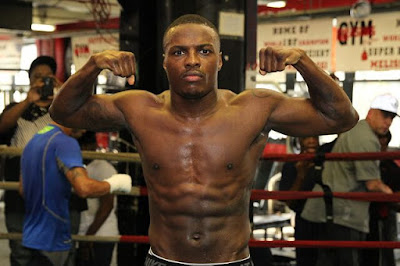 "I was just telling Zerafa when we faced-off that I've been in his shoes before and I know how it feels. No disrespect. He doesn't have to tell me that he's got nothing to lose, I know that. I'm worried about looking good in this fight and doing what I've been working on in the gym.

"I know he's beaten all the best in , but I've beaten the best all over the world. He's not going to be in his backyard and have that comfort he's used to.

"We're at a point now where I need to showcase my talent at this level. The exposure on NBC is great. We can be seen by so many people and build something that will last for years to come.

"Not everyone knows I was raised all my life in just like Floyd Mayweather and he was really one of my biggest inspirations. Fighting on the same day as him is the closest I'll get to fighting on his undercard, which I've always wanted to do. I still get to headline my own event on NBC and I hope that people are inspired by how hard Floyd and I have worked to get to where we are.

"I'm excited for the possibility of fighting Daniel Jacobs. He's been calling for it for a long time and the seats are reversed now, because he's a champion and I'm not. I'm motivated regardless of the belt, but I want the opportunity to fight one of the best in the world and showcase my talent and show I'm the king of ."

"It's been a good experience coming to the for my first time. It's a lot of adrenaline and I have as we get closer to the fight and I'm just looking forward to fighting one of the best in the world.

"I didn't know too much about Quillin when I accepted the fight but he is one of the best in so we know that it's going to be a hard fight and we're going to make it a war. We'll leave it all out on the table and the better man will win.

"I feel good at this weight. I'm strong and smarter with less stress on my body. I'm feeling switched on and very confident.

"Losing has made me a better, tougher and stronger fighter. There's nothing to lose in this fight, I have everything to gain."

"I'm blessed to be in this position and I'm looking forward to getting into this fight and putting on a great show.

"Everything is part of the plan. I've just taken it one fight at a time and now we're here in a great position.

"Training camp has been great. We've worked on everything and covered all the corners we need to. The sparring with Charles Foster and Lennox Allen has been great and they've gotten me ready for the lefty.

"Campillo is a veteran and he's going to be there. You just have to find him and get him out. I'm going to use my use, my speed, my strength my power. All of that will get me the victory.

"I'm so grateful for this opportunity and I just want to keep putting on a better performance every time I'm out there." 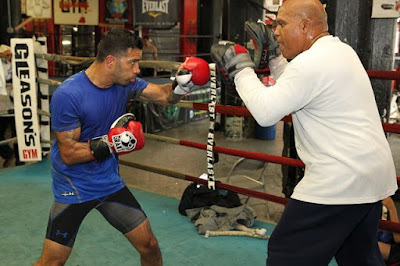 "I feel great, It's been a very good camp. It's tougher with the baby at home but it's all a blessing. I feel like I'm resurrected.

"I fought recently and that first fight back there were some jitters. By the fourth round of that fight I really wanted it again. It's great to be on a 'Kid Chocolate' show. I remember when he first started, he was on some of my shows, throwing chocolates to the crowd. Now look where he is now.

"I'm looking to work my way towards a title shot. My team pushes me very hard. Everybody believes in me and that's big. Boxing is all confidence. I'll always have tons of confidence.