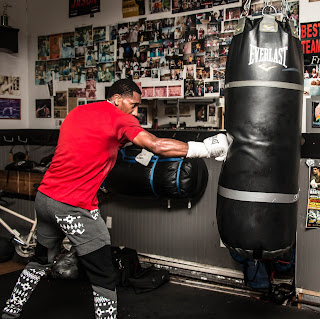 Unbeaten Super Welterweight Opens Up On The 154-Pound Division, Pros In The Olympics & Muhammad Ali As He Prepares To Face Willie Nelson In WBC Title Eliminator This Saturday, Live on SHOWTIME®

Tickets for the live event, which is promoted by Banner Promotions, Inc., are priced at $85, $60, $45 and $35 and are on sale now. Tickets can be purchased in person at the Turning Stone Box Office, by calling 877.833.SHOW, or online at Ticketmaster (www.ticketmaster.com).

"Muhammad Ali certainly shook the world, and not only in boxing.  He was colorful; nobody talked like him.  He helped boxers, too.  Ali is the reason Floyd (Mayweather, Jr.) is who he is because Ali set the bar high.


"As an entertaining boxer, Ali brought blacks and whites together and later he spread the word about religion, culture and his other diverse interests.

"What young boxer didn't do the Ali Shuffle?  I know I did, and taunted my opponents like him, too."

About Pros in the Olympics:

"I'm for pros in the Olympics as long as an amateur, who has a few Olympic trials, has the first opportunity to qualify for the Olympics.  Coming up in the amateurs, I fought grown men, some who had been Olympians a few times.  I was 21 and some of the opponents were 34-35 and had already been Olympians one or two times.  They had advantages in experience, power and skill.  Unfortunately, Americans only have Olympic opportunities when they're young amateurs.

"Would I go the Olympics now?  Yes! The Olympics is the biggest thing on the planet.  To represent the again, yeah, I'd do it now for the chance to win gold.  But I do think headgear should be applied in amateur boxing, including the Olympics." 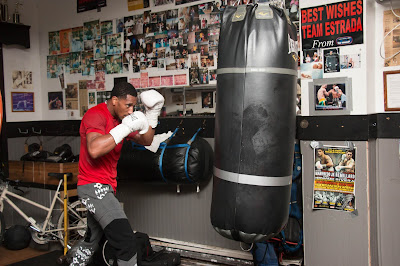 "I'm putting myself in the best position to fight for the WBO or WBC title.  There are rumors of Canelo fighting (WBO champion Liam) Smith.  Let me fight Smith and the winner gets Canelo.  Or let me fight Canelo with the winner getting Smith.

"I'm going to knock out the Charlo twins.  Both guys have fought on SHOWTIME, so those fights shouldn't be too difficult to make.  Once I take care of business with the Charlo twins, I'll fight Lara (WBA champion) to clean up the division."

"I definitely want to fight Golovkin.  Let me build myself up first, by cleaning out the 154-division, and then we'll have a mega-fight with two different styles.  GGG is known for his knockouts.  I knock out people, too, but I'm a better boxer than him.  It'll be one of the biggest fights in the sport of boxing.  I'm going to clean up the 154-division, make my reputation and then it's a go with GGG."

Relationship with his opponent Willie Nelson:

"We were in the amateurs together, but because we were in two different weight classes - he was 140-147 and I was 152 - there were no problems between us.  We used to watch each other fight and watch other Americans box.

"Nelson is experienced having gone through the amateurs.  He fought (Vanes) Martirosyan, who I beat (for the vacant WBO title by 12-round unanimous decision).  He's fought at this level.  I know he's tall, but I'm 6-foot-1, so our height difference isn't serious."

On returning to the ring:

"I'm pleased that we have this opportunity.  SHOWTIME has given me this chance and now it's up to me to prove I can backup what we said." 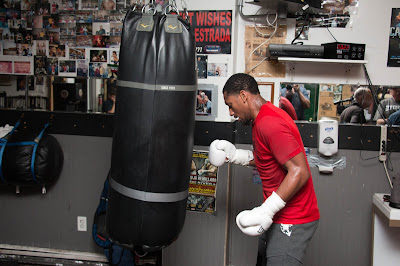 Posted by KOFantasyBoxing at 1:39 PM