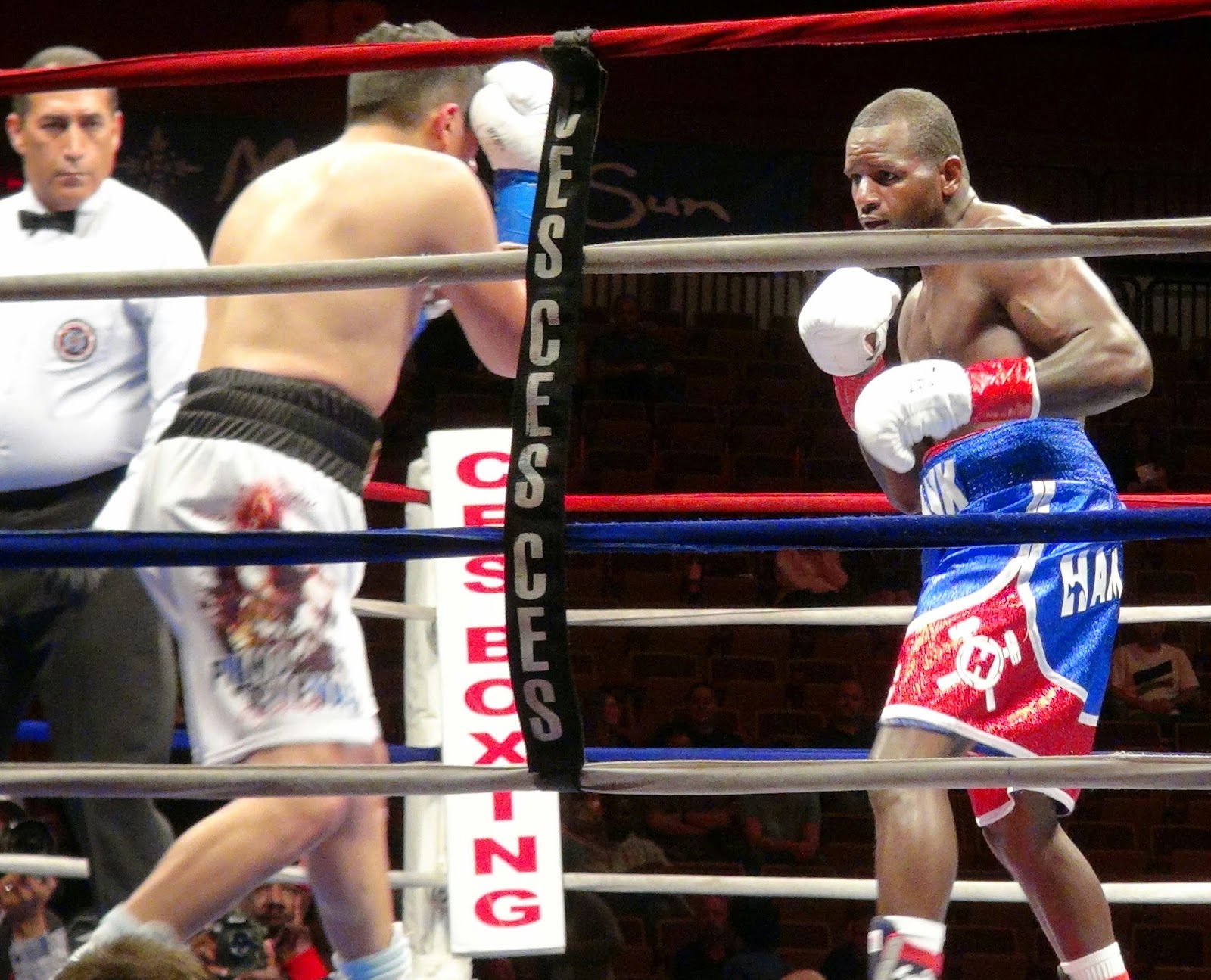 Last night was Hammer Time at Mohegan Sun Arena when lightweight, Hammerin' Hank Lundy scored a second round TKO victory over Pipino Cuevas Jr in the co-Main Event of an 11 bout pro-am card promoted by Classic Entertainment and Sports. Female super bantamweight, Shelly "Shelito's Way" Vincent picked up a unanimous decision win over Lakeysha Williams in the 6 round co-main.

Hammerin' Hank Lundy, of Philadelphia, PA, started fast and went straight to work on the body of Pipino Cuevas Jr, of Mexico City, Mexico, in the opening round. In round two, Hank Lundy, 138 lbs, caught Cuevas, 138 ½ lbs, with a left-uppercut followed by a lunging left-hook to the face that sent Cuevas to the canvas. Cuevas beat the count but was on unsteady legs when Ref. Mike Ortega decided to stop it. The official time was 2:23 of Rd 2, and Lundy improved to 25-3-1 (12) while Cuevas dropped to 17-12 (15). The victory is now Lundy's third straight since he lost a unanimous decision to Victor Postol in March of 2013. Hammerin' Hank hopes to make another run at a world lightweight strap before the end of 2014.

In the co-main event, Shelito Vincent, of New London, CT, battled Lakeysha Williams, of
Philadelphia, PA, in a 6 round contest. Vincent, 122 3/4 lbs, got right to work in the first, always pressing the action and digging to the body of Williams, 122 1/2 lbs. Towards the end of the second 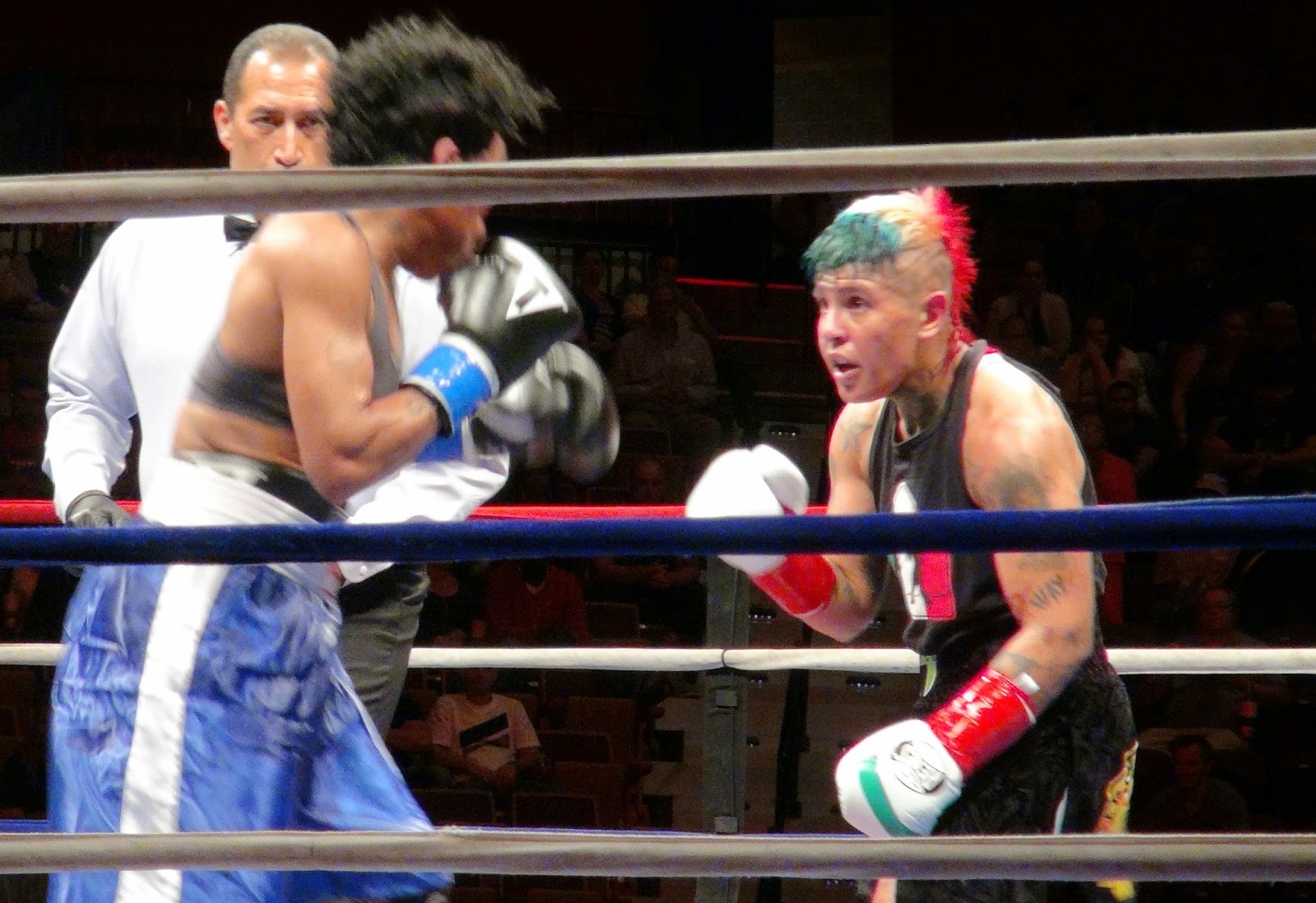 round, Vincent trapped Williams along the ropes and had Ref. Ortega looking closely for a few seconds before Williams recovered. Williams had a few instants of success in the 5th, and she smiled wide around her mouthpiece at Shelito Vincent when the bell sounded. But by the final gong the two-fist pressure of Shelito Vincent had won her a unanimous decision by scores of 60-54 x 2 and 59-55. Vincent improved to 11-0 (1) while Lakeysha Williams fell to 9-19-3 (1).

In a battle for bragging rights, Jimmy Williams, 152 1/4 lbs, defeated Christian Lao, 152 lbs, both fighting out of Connecticut's Williams landed a hard right cross over a jab from Lao with just about 2 minutes gone in round one that had Lao unconscious before he hit the canvas. The official time was 1:57 of round number 1 and with the victory Williams picked up the CT State Super Welterweight title, as well as improving to 6-0-1 (3). Lao dropped to 5-3-1 (2).

Female welterweight, Aleksandra Magdziak-Lopes of , came up short on the scorecards versus Althea Saunders, of Atlantic City, NJ, and had to settle for a draw after 6 rounds.
Lopes, 144 1/4 lbs, seemed to control the distance against Saunders, 140 ½ lbs, but few damaging punches were landed by either fighter. The officials saw it, 58-56 Saunders, 58-57 Lopes and 57-57, which left Lopes at 10-2-2 (1) and Saunders at 3-0-2.

Light heavyweight Kevin Cobbs of , , returned to the ring for his first fight since March of 2013, versus Willis Lockett of Lockett, 189 lbs, looked soft around the middle but he pressed the action throughout the four rounder and landed sporadically. Cobbs, 183 lbs, was cautious, moving frequently but landing sharp counterpunches when it mattered. At the end of four the
scorecards read 40-36, and 39-37 x 2 all in favor of Kevin Cobbs who improved to 8-1 (2) while Lockett dropped to 13-14-5 (5).

Jabbin' Joe Wilson, of , , defeated Ethan Pena, of chopping shots while in close. Although Pena certainly made it a contest, the judges thought the cleaner harder bolts throughout
came from Joe Wilson who picked up the unanimous decision victory by scorecards of 40-36 and 39-37 x 2. Joe improved to 2-1 while Pena fell to 2-2. 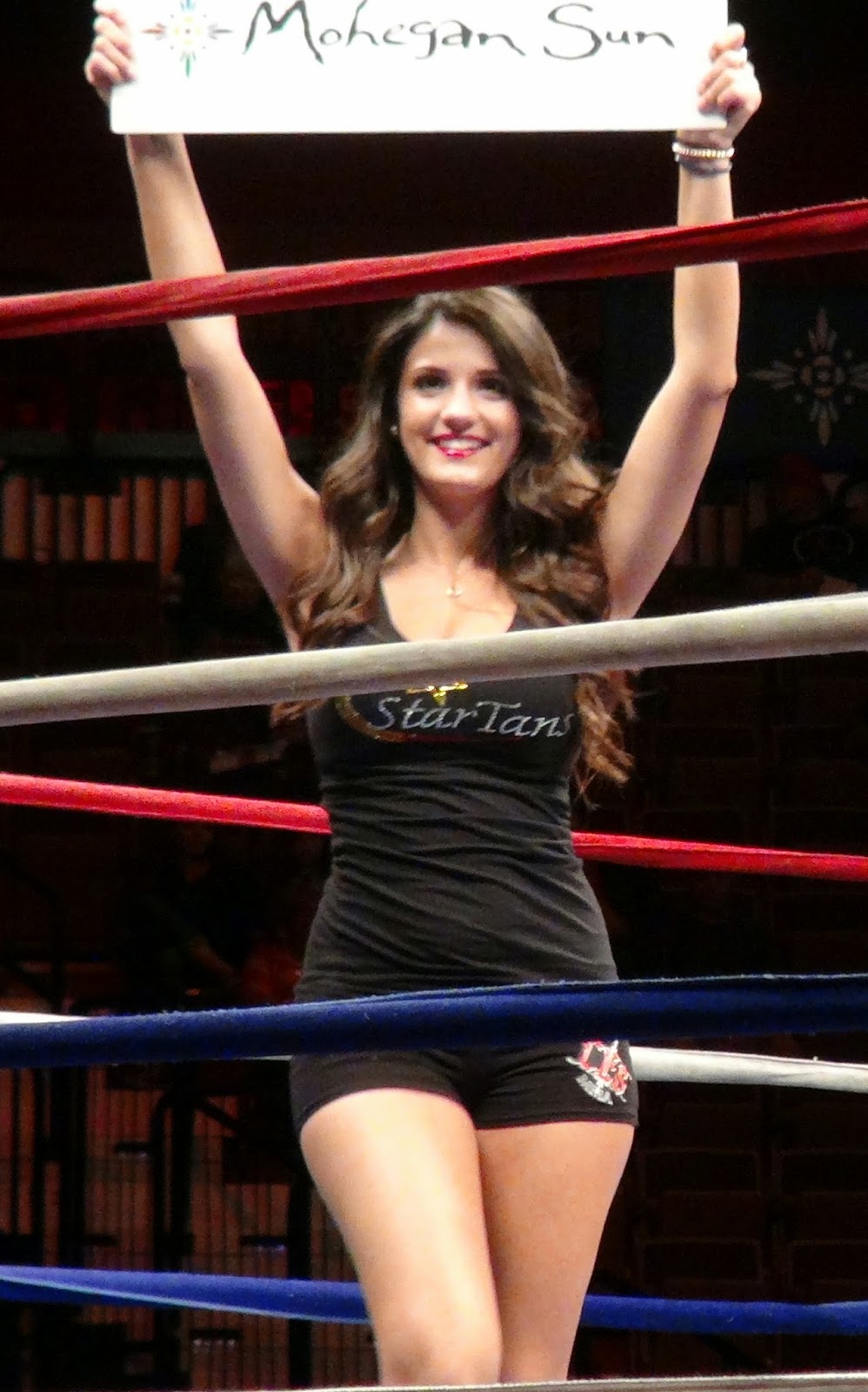 Our video wrap-up is here
Posted by KOFantasyBoxing at 3:21 AM