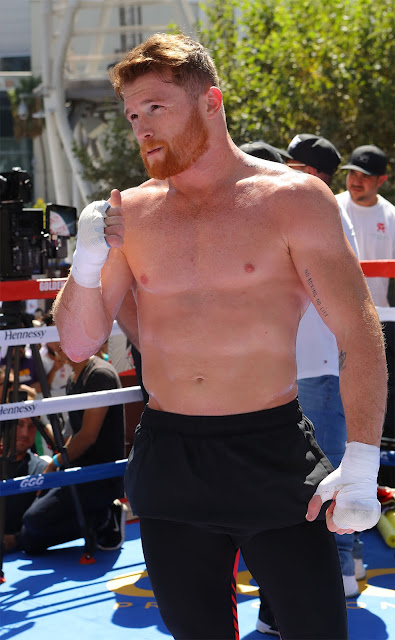 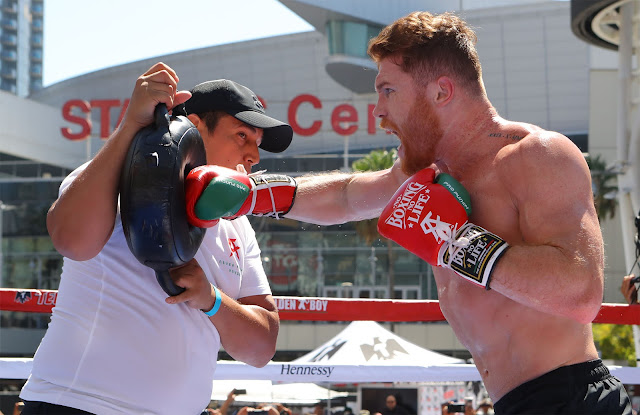 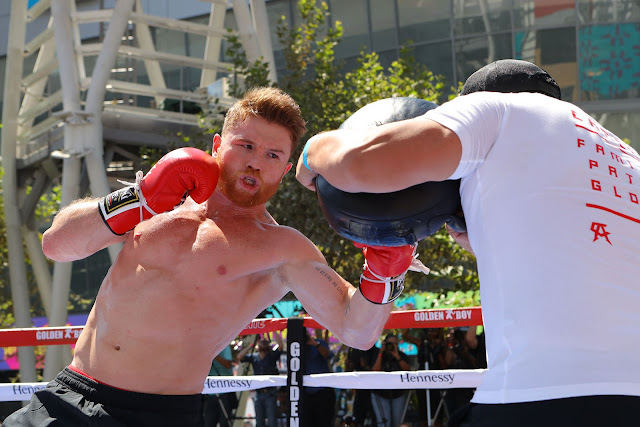 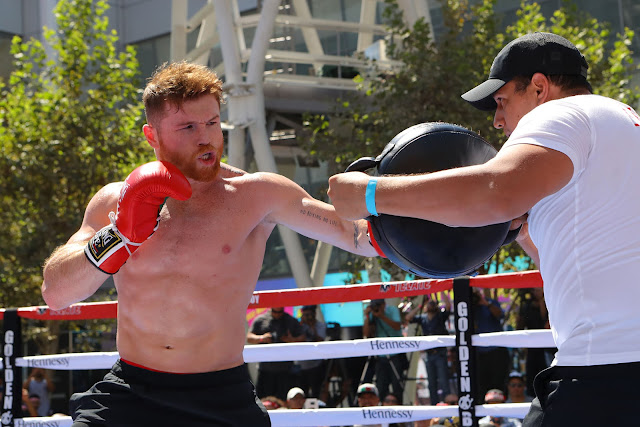 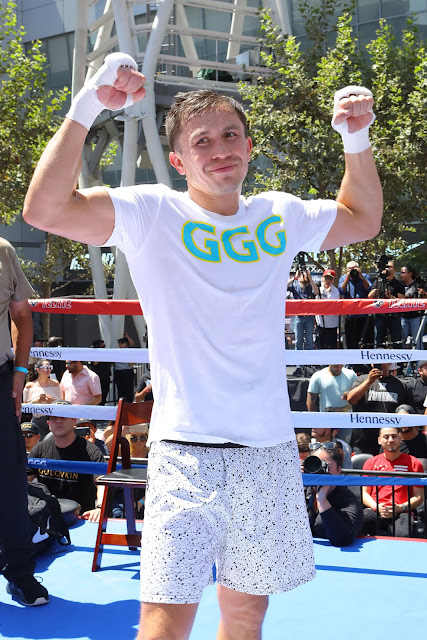 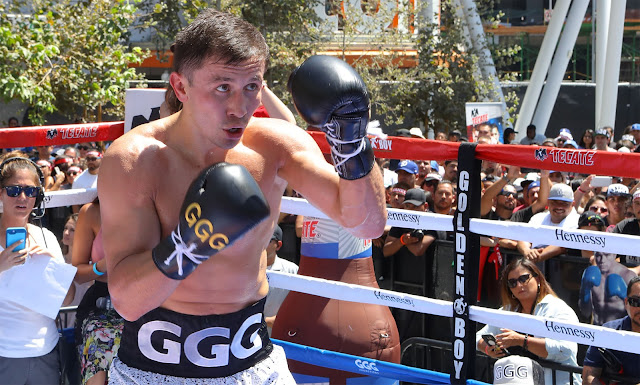 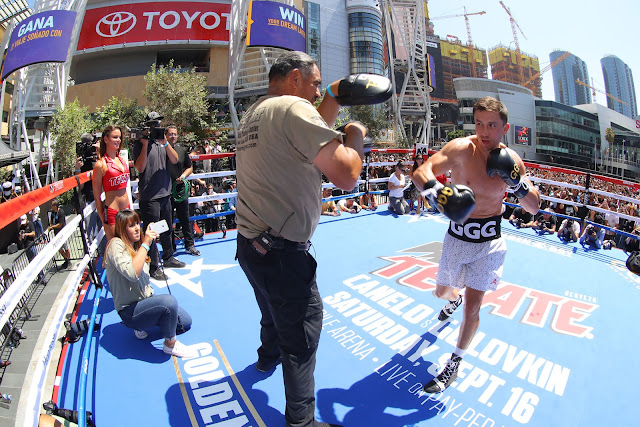 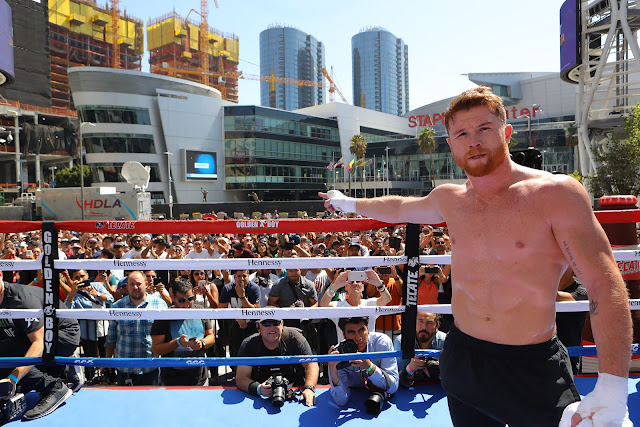 
Read more »
Posted by KOFantasyBoxing at 1:16 PM No comments:


Last night, New Haven welterweight Jimmy Williams scored a fourth round knockout over Issouf Kinda of the Bronx, NY, in the Main Event of a seven bout card from Foxwoods Premier Ballroom in Uncasville, CT. Williams connected with a right hand to the face of Kinda as ref. Steve Smoger was breaking the two fighters near a neutral corner in the middle of a round Williams was begining to dominate. Kinda went right down from the solid shot but looked to be acting a bit, perhaps in hopes of earning a DQ win from looked to be a foul. But instead of calling Williams for hoitting on the break, Smoger began the count over Kinda, calling it a legitimate knockdown. Before Smoger was able to reach ten ringside physician Dr. Anthony Alessi was up and into the ring attending to the condition of Kinda and the bout was quickly waved off as stoppage win for Williams.

That's when Issouf Kinda's corner lost it. Two of the defeated fighter's handlers charged up into the ring, going after security officials, Jimmy Williams and promoter Jimmy Burchfield. Eventually when calm was restored and a replay of the final seconds of the bout were reviewed at ringisde via Facebook Live's video feed--it was clear that Smoger had made the right call as both fighters were throwing punches on the break, in fact, Kinda's punch had actually bounced off the head of Smoger. As both fighters were throwing punches, Smoger was correct in calling it a legitimate knockdown for Williams. Though dissatisfying a finish it was certainly the correct call.

Up to that point Kinda, 143lbs, had been countering Williams very well and this observer

Read more »
Posted by KOFantasyBoxing at 12:41 PM No comments:

** THE FLOYD MAYWEATHER bout against MMA star Conor McGregor will be show live on Pay Per View from the Grand Ballroom at Foxwoods following the live CES Boxing event at The Premier Ballroom on .

Since setting his sights on becoming a world champion boxer nearly three and a half years ago, Jimmy Williams has never had to look far for motivation.

As a college student in 2008, Williams learned of the tragic passing of his mother, Belinda, found strangled to death behind an abandoned building. The case remains unsolved to this day, but Williams, the reigning, undefeated World Boxing Council U.S. Boxing Council Welterweight Champion out of , continues to fight in her memory, hoping one day to find the closure he's sought for nearly a decade.

Williams' mother would've been proud; the 30-year-old welterweight, a full-time truancy officer in West Haven whose wife is expecting twins in October, boasts a 13-0-1 record as he prepares to defend his title for the first time Saturday, Aug. 26th, 2017 at Foxwoods Resort Casino against Bronx, N.Y., vet Issouf Kinda (18-4, 7 KOs) in the 10-round main event, presented by Williams' long-time promoter, CES Boxing.

One week from Saturday, he'll have a second angel on his shoulder when he climbs through the ropes. Williams is dedicating this upcoming fight to the memory of the late Ben Callahan, a 10-year-old boy from nearby Branford who drowned in a drainage pipe one month ago while swimming with his two brothers in the .

Williams is close with the family; the father, Dave Callahan, is a personal trainer at Shoreline Athletics CrossFit in Branford, where Williams works on his strength and conditioning. Through the years, Williams formed a strong bond with Ben. They often worked out together when Williams was in town.

"Great kid," Williams said. "You see the faith of his family. I'm ready to go out here and be a warrior for myself and show that I'll fight for anybody that's lost somebody."

As Williams prepares for the inevitable challenges of fatherhood, it's impossible to not feel empathy for a family that suffered such a tragic loss. Confident as ever, Williams knows he's in for the challenge of a lifetime against the 22-fight vet Kinda, but promises to retain his title, even as his challenger threatens to "bring the belt back to the ."

Read more »
Posted by KOFantasyBoxing at 2:43 PM No comments:


We won't be watching the fake news farce. We'll be at Foxwoods watching regional welterweight champion Jimmy Williams make his first title defense against Issouf Kinda. But we wanted to put something in writing and time-stamp it so that when the inevitable occurs we can say, see, we called it.

Floyd Mayweather is going to easily defeat Conor McGregor. He will very likely stop the boxing novice inside of nine lopsided rounds.


Posted by KOFantasyBoxing at 2:38 PM No comments:

Posted by KOFantasyBoxing at 4:08 PM No comments:

Posted by KOFantasyBoxing at 5:13 PM No comments:

New London Bantamweight, Marcia "Pino" Agripino returns to the prize ring for her third pro fight after an absence of almost 4 years on September 16th in a 4 round undercard bout against NY's Federica Bianco. This past Sunday, KOFantasyBoxing boss, Alex Pierpaoli, caught up with Marcia at the LadyLuckBoxing Team open sparring session at the Whaling City Boxing Club in New London, CT. Agripino sparred 11 rounds with 6 different women and then sat down to talk. Check out the video below!
Tickets are available for her bout on September 16, 2017 at Twin River Event Center in Lincoln, RI by contacting Ticketmaster or through CESBoxing.com.
*Also, as September 16 is also the date of the big Canelo-Golovkin Pay Per View make sure you hold onto your ticket stub and stay tuned to promoter CES Boxing's social media platforms as there's likely to be a deal offered to see the PPV event after the live bouts.


Posted by KOFantasyBoxing at 4:08 AM No comments: